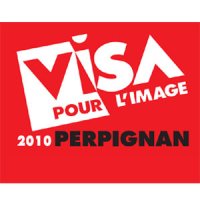 Stephen Dupont is an international award winning Australian photojournalist and a member of Contact Press Images. His reportages has been featured in The New Yorker, Newsweek, French and German GEO, Liberation, The Sunday Times Magazine, The New York Times Magazine, and Time, and has earned him photography’s most prestigious prizes, including a Robert Capa Gold Medal citation from the Overseas Press Club of America in 2006, and first places in the World Press Photo and Pictures of the Year International. Having exhibited his work in London, Paris, New York, Sydney, Tokyo, Shanghai, and at Perpignan’s Visa Pour L’Image, in 1999 Dupont was a founding member of the first festival of photojournalism in Australia : REPORTAGE-A. He works on long term projects around war, conflict and social issues.

The definitive overview of Japan’s greatest and most controversial living photographer. Edited by Akiko Miki, Yoshiko Isshiki and Tomoko Sato; (...)