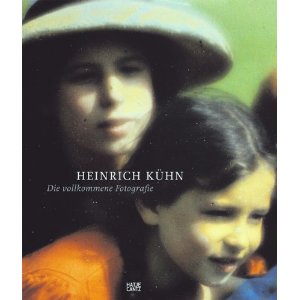 Heinrich Kühn (1866–1944) was one of the central figures in the establishment of international art photography at the turn of the twentieth century. His lifelong goal was to establish the photographic image as an avenue for rendering an artistic vision as precisely and creatively as in painting or drawing. Along with Alfred Stieglitz and other friends, Kühn made the stylized photograph an element of the Gesamtkunstwerk aspired to by the Secessionists.

The most important tool for this was an offset process he had perfected, which due to the free choice of paper and pigment made the picture look more like a print than a conventional photograph. This allowed him to deliberately alter the brightness contrasts to fit his notion of the image and dissolve the sharpness of the image, rejected as “non-artistic,” at his own convenience. Around 1910, Kühn reduced the romantic cosmos of “Pictorialism” to the point where his compositions became almost abstract and exhibited a sense of timelessness and balance.