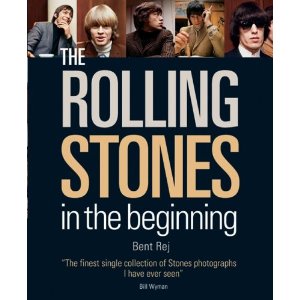 In 1965, the Rolling Stones released their album Out of Our Heads, which included their hit “Satisfaction”.

During that time between spring of 1965 and summer of 1966 when the band had just gained worldwide attention, Danish photographer Rej was on the scene and granted unprecedented access to the band members as no other future photographer would be. In this book, Rej collects the shots he took of the very young, very hot band just as, Bill Wyman writes in his introduction, they were able to buy good houses, great cars, and as Keith Richards said at the time, we were able to eat in places that our fans couldn’t afford to.

The book is filled with candid and staged photos both color and b&wof the band members with all the awkwardness of musicians in their early 20s who are "beginning to appreciate how very big we could become." The captions accompanying the photosâ€”some by Rej, others by the band membersâ€”are alternately insightful and mundane. But they, along with the photos, warmly capture the band at this critical moment in their lives. (Oct.)Correction : The publisher for Mirrors of the Unseen by Jason Elliot (Reviews, Aug. 28) is St. Martin’s Press.

All rights reserved. From Booklist In his foreword, longtime Stones bassist Bill Wyman calls Rej’s coffee-table book the finest single collection of Stones photos. Perhaps, but it covers only the limited time in early Stones history when Brian Jones was the leader, they dressed in slacks and jackets, and neither the ill-fated Jones nor Keith Richards had yet switched from booze to illicit pharmaceuticals and herbs. The pictures, many in black and white, capture the excitement of young musicians just beginning to experience worldwide fame and, to a lesser extent, big money. Rej dropped out of the Stones’ orbit as Jones, his main contact, became more enamored of drugs and weirdness.

In 1960, childhood friends Keith Richards and Mick Jagger reconnected by chance on a train. More than 45 years later, the Rolling Stones remain superstars in the fickle world of rock ’n’ roll. This collection of photographs provides a unique record of the band before they became the icons of rock. Most of these images have never been published before, making this book a must-have for the Stones’ legion of fans. In the band’s fledgling days, photographer Bent Rej enjoyed unique access to the group, entering their circle of trusted friends. He was invited on the Stones’ first full European outing, the Satisfaction tour. These extraordinary photographs reveal a pivotal time in the history of rock. While reveling in the first fruits of popular success, the Stones were nevertheless unaware of what the future would hold. Only hindsight tells us that at this point they were perched on the edge of the heights (or abyss) of superstardom. Surprising, charismatic, scandalous, intense and reckless, here are the early Stones as never seen before. 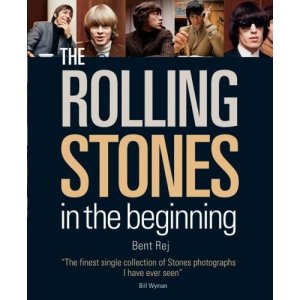 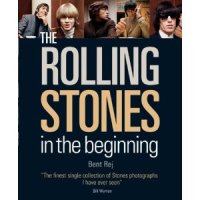 Titre:  The Rolling Stones : In the Beginning