Patterns of the Earth 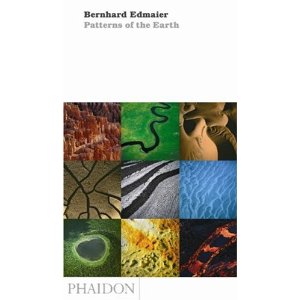 informations pratiques : Patterns of the Earth

This book celebrates the patterns and abstract forms found in nature. Bernhard Edmaier’s amazing aerial photographs show the beautiful shapes formed on the earth’s surface by rocks, ice, sand, water, trees and plants. The hundreds of images in this Handbook to the Patterns of the Earth make us look at the world in a new way, by showing us surprising similarities and unexpected links between the most disparate regions of the planet. Instead of seeing a forest or a desert or a field, we see circles and lines, zigzags and spirals, abstract shapes and precise repetition occurring in the most unexpected places.

In this book, Edmaier’s photographs are organized by shape and form into clearly defined sections, with tabbed pages for easy access. Each section features short texts explaining where the types of patterns depicted in that chapter are found and how they are formed. In additon, every picture has a caption describing the location of the depicted pattern, and how it was created.

Patterns of the Earth features over 400 color photographs, many previously unpublished, of "off the beaten path" regions such as the Bahamas, Iceland, New Zealand, Ecuador, Greenland, Ethiopia, The Maldives, Canada and Yellowstone National Park and Bryce Canyon in the USA. Grouped in chapters according to pattern, the images make us look at the world in a new way, by showing us surprising similarities and unexpected links between different parts of the globe.

Traveling to uninhabited and remote areas, Edmaier’s photographs offer a unique view of these extraordinary locations. He takes his images from as high as 20,000 feet in the air, far higher than most aerial photographers, exposing natural patterns and documenting the geological processes at work. Originally a geologist and engineer before turning to photography, he has a rare gift for catching the aesthetic side of our dynamic earth.

Patterns of the Earth quietly acknowledges the effects of global warming. With rising temperatures, areas of permafrost are melting as are some glaciers and ice sheets in Alaska, Canada and Siberia. The book provides amazing photographs of these locations and more, providing a new perspective from above revealing the effects of the natural and human forces that shape our future.

Patterns of the Earth is divided into five chapters : Bands, Stripes, Ripples ; Circles, Spots, Grains ; Forks, Branches, Webs ; Curves, Ribbons, Swirls ; and Spikes, Grids and Cracks. Each image is accompanied by a brief caption by science writer Dr. Angelika Jung-Huttl, describing the location of the pattern depicted and where and why a variety of these formations occur in nature.

Patterns of the Earth is a fascinating source of inspiration for those working in creative industries as well as environmentalists, scientists, photographers and armchair travelers who marvel at the world around them. 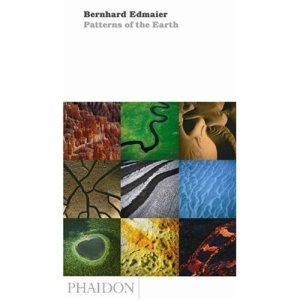