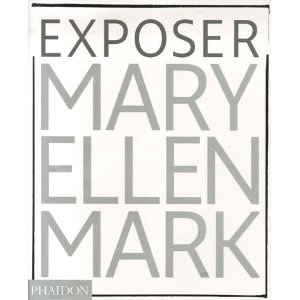 Acclaimed American documentary photographer Mary Ellen Mark made her first iconic pictures when living in Turkey on a Fulbright Fellowship in the mid-1960s. Her photographs of Bombay brothels, shot in the late 1970s, were published in 1981 in Falkland Road, a book that became legendary and confirmed her status as one of the most prominent and provocative documentary photographers working today.

Mark’s pictures are a celebration of humanity in its most diverse and eccentric forms. Circuses, gypsy camps, children yearning for adulthood, the poor and destitute are some of her recurring themes. Mark has the unique ability to capture gestures and expressions that translate the intense emotions of her subjects. Compassionate but never literal, her pictures can be humorous, tragic, enigmatic, shocking, and often all of these simultaneously.

This book presents for the first time a selection of the strongest pictures of Mark’s forty-year career, drawing from emblematic series such as «Falkland Road», «Indian Circus», and «Twins», as well as a selection of previously unpublished images. The photographs are accompanied by an introduction by Weston Naef, and an interview with Mark that provides context and behind-the-scene anecdotes. Together Mark’s images and words provide intimate insights into the lives of others, presenting compelling stories of human strength and suffering.

Mary Ellen Mark (b.1940) began working as a freelance photographer in the mid-1960s after completing a degree in painting and art history at the University of Pennsylvania. Soon after this, she was awarded grants and assignments enabling her to travel and pursue her career in photography. In 1976 she documented the women’s maximum security ward of Oregon State Mental Hospital, and in 1978 she photographed the prostitutes in the brothels of Falkland Road in Bombay. Both became subjects for books published in 1979 and 1981 respectively.

In 1977 she became a member of the photographic agency Magnum, remaining with the prestigious organisation until 1982, when she decided to work independently. In the 1980s and 1990s she photographed and published books on homeless teenagers in Seattle, a holiday camp for children with cancer in California, Mother Teresa, circuses, and most recently, twins in America. Mark has received an impressive number of grants and awards, including three National Endowment for Art grants, the Robert F. Kennedy Journalism Award, a Guggenheim Fellowship, the Picture of the Year Award, and five honorary doctorates, including one from the University of Pennsylvania. Under contract with The New Yorker since 2003, she lives in New York City.

Weston Naef is curator of the Department of Photographs at the J. Paul Getty Museum in Los Angeles, a position he has held since 1984. 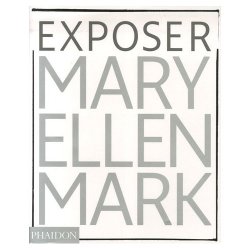