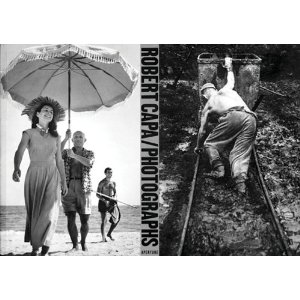 Robert Capa, whose images of the Spanish Civil War brought home the hideous suffering of that conflict and brought Capa international fame, is the 20th century’s most accomplished photographer of warfare. This collection of Capa’s work demonstrates that he was more than a war photographer : he was a master of depicting ordinary life in extraordinary circumstances. The volume includes an essay by Cornell Capa, the photographer’s brother and the founder of the International Center for Photography, as well as a foreword by Henri Cartier-Bresson.

Capa’s (1913-1954) photographs have become icons of the horrors and futility of war. This volume contains some of his most dramatic pictures of the battles he covered ?the Spanish Civil War, the Japanese invasion of China in 1938, the European theater during WWII, the Israeli War for Independence in 1948 and the French-Indochina War. Capa risked his life to capture these images, going ashore in Normandy with the first wave of troops to hit Omaha Beach on D-Day, parachuting into Germany with American troops in 1945 and accompanying French soldiers on a mission in Vietnam, where he was killed when he stepped on a land mine. Whelan (Alfred Stieglitz : A Biography) points out that Capa showed sympathy for soldiers and civilians on both sides of every conflict, and the compassionate aspect of his work is underscored by the inclusion of sensitive pictures that have nothing to do with war, such as scenes of Chinese children playing in the snow and a U.S. medic treating a German soldier in 1943. This beautifully produced book is a fitting tribute to one of the great photographers of our time. 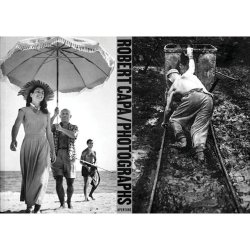