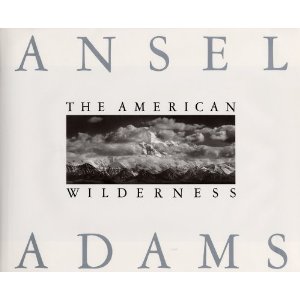 This is the noted photographer’s last book project, begun two years before his death in 1984 at the suggestion of his friend, Wilderness Society president William Turnage. The straightforward design takes pertinent quotations from Adams’s writings on wilderness conservation and interleaves them with informal subject groupings of photographs: Yosemite, ocean beaches, Yellowstone, Hawaii, trees, plants, and flowers.

Turnage’s warm introduction helps readers grasp in concrete terms the early shaping of Adams’s commitment to nature conservation, his prodigious output and accomplishments, his visual legacy, and the success of his mission, spanning six decades, to preserve America’s wild places. The quality of the large reproductions, from prints prepared by Adams’s associate John Sexton, could not be finer. Recommended for photography, geography, and environmental science collections.

Ansel Adams devoted his life and work to the celebration and protection of America’s unsurpassed wild spaces. The American Wilderness presents the heart of Adams’ legacy in over 100 of his most powerful landscapes. He reveals primeval nature found across America: the coast of Mt. Desert, Maine, the dunes of White Sands National Monument in New Mexico, the Rio Grande River, the grand peaks of Yosemite and the High Sierra, and the most remote reaches of Denali National Park, Alaska.

A selection of Adams’ writings provides a stirring counterpoint to the images as he urges us all to perceive and cherish the grandeur and potentials of the one and only world which we inhabit.This is a magnificent volume, the first large-format book of Adams’ work since Yosemite and the Range of Light. It was envisioned as a masterwork of fine bookmaking, sweeping in both subject and design, with extraordinarily beautiful printing in keeping with the originals. Adams’ writings are printed on heavy, textured grey paper which is interleaved with the images.

It is a vivid remembrance of the American wilderness a stunning expression of the subject closest to this artist’s heart, and one of profound concern to the world today. 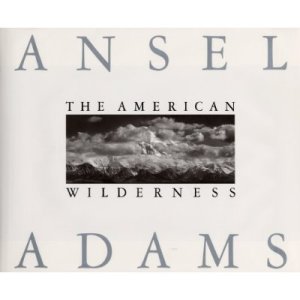