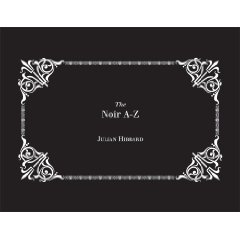 Photographer Julian Hibbard offers an abecedary unlike any other. Drawing on his professional work shooting black & white and color photographs for everything from CD and book covers to high-end fashion, Hibbard has paired a word with one of his photographs for all twenty-six letters in the alphabet. The resulting board book contains images that evoke the shadowy, sexy and voyeuristic noir aesthetic. Julian Hibbard is a thirty seven year old English photographer living and working in New York.

His areas of specialization are fine art and fashion photography, involving the use of narrative strategies, careful lighting and emphasis on a sense of location. Julian’s photographic journey began in 1992 at Kingston University in London where he studied Fine Art Photography. Upon graduating in 1995 he assisted the German advertising photographer Andreas Heumann.

In 1996 he was awarded a scholarship from the British Council and spent the next two years teaching at the School of Fine Art in Santiago, Chile. In 2001 Julian arrived in New York, where he has been based since. 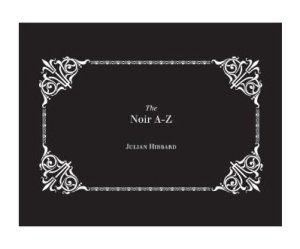